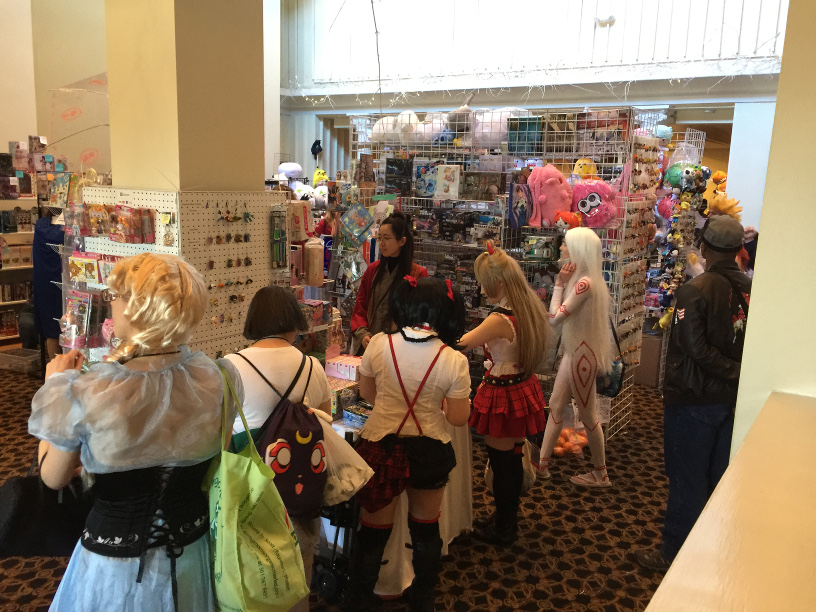 This was our third appearance at Setsucon.  Interestingly enough Setsucon was the second convention we did.  In many ways it was the first real convention we did. Our first event was Blurricon 1, which was a weekend event to replace the defunct Erie Anime Experience.  After that show I decided to try doing this with some real effort.
Setsucon 2016 was an interesting show.  They lost their previous venue for various reasons and moved to a country club for this years event.  From a business stand point this show was amazing.  It was our highest grossing Setsucon to date. From my booth all I encountered were happy people; who genuinely appeared to be having a great time.  This show always seems to have happy and excited attendees.  It is what I love about this show.
Our booth was in an awkward location, and if it weren't for some creative use of space and asking to do something to keep them up to fire code, our space would have been horrible.  After some asking we agreed to create a path in our booth in exchange to allowing us going around a pillar.  The outcome was a booth that was actually split into what appeared to be two different vendors' spaces.
This was the first booth that I experimented using LED lighting to help illuminate parts of the merchandise.  I admit that it is quite amateurish as it was with a magnetic flashlight I found in my tool box.
These photos are throughout the weekend.  You will notice that merchandise does move from place to place to fill in open areas from where merchandise has sold out of. 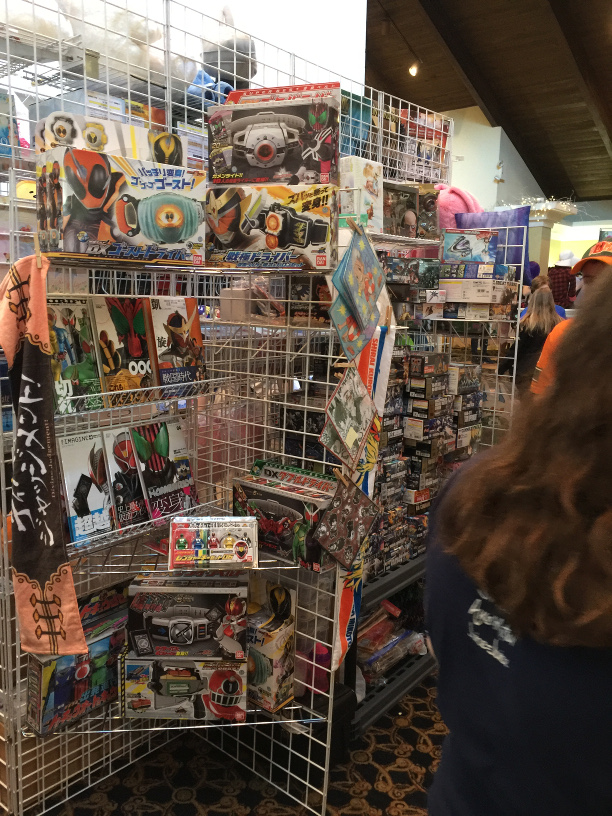 The Corner of Tokusatsu (Kamen Rider and Super Sentai) 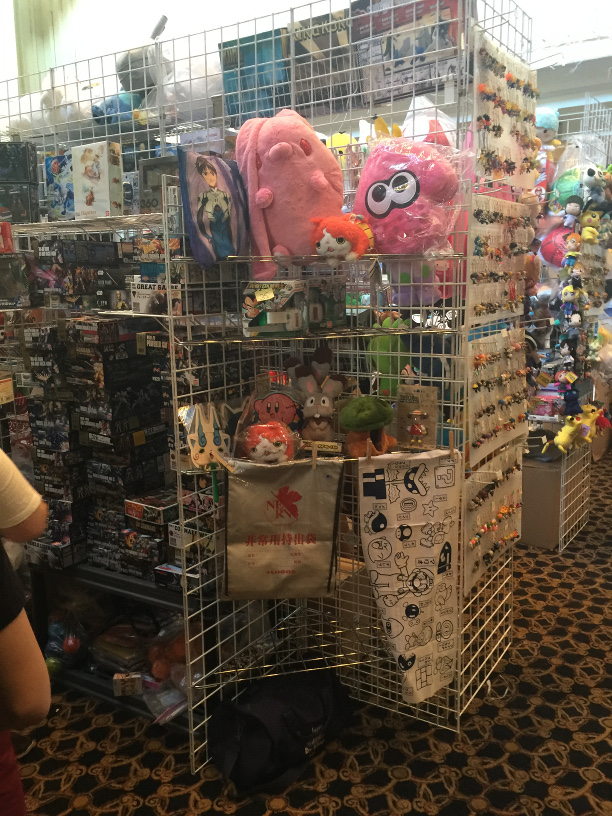 The original entry corner layout.  It is full of soft and squishy things 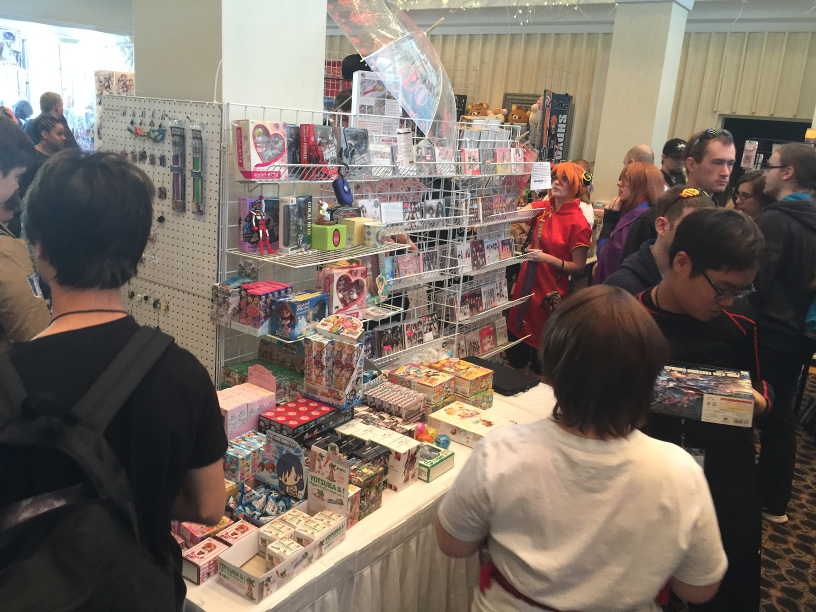 As you can see there is a middle isle that was created.  This side of the isle is blind boxes, CDs, figures, keychains, and things not squishy, partsy (models), or serious toku. 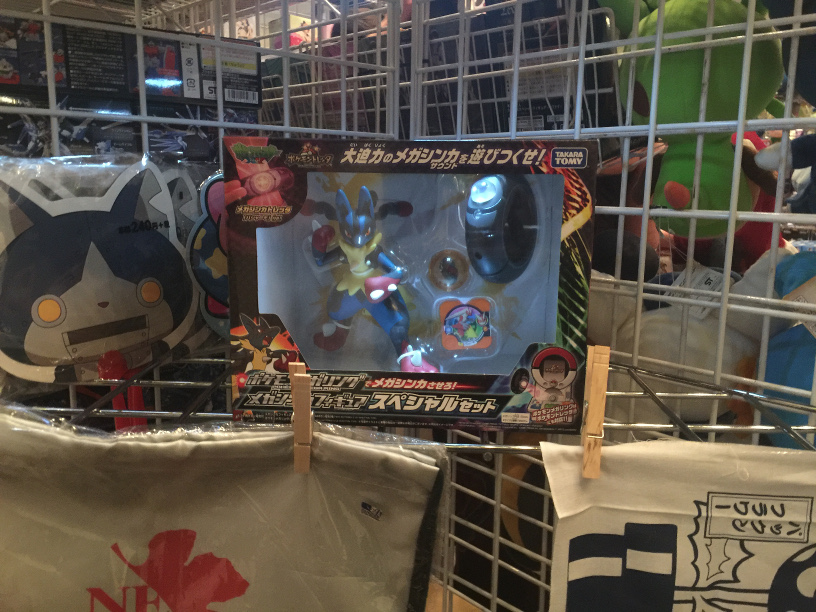 A great experiment with lighting. The Mega Evolution Lucario set lends itself to looking amazing when being top lit. 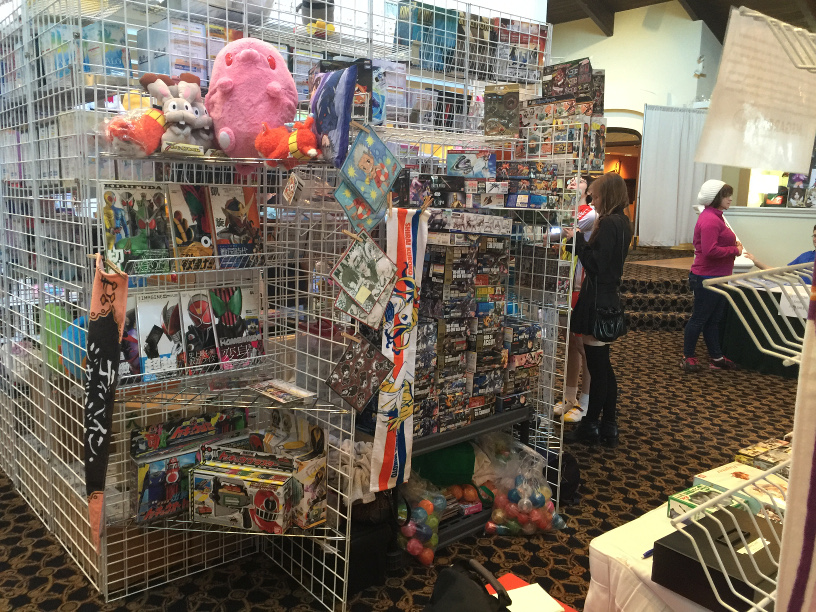 More of the other side of the isle. This is the soft and squishy, toku, and partsy side of things.  Also, you can see the bags of balls down below.  We had just gotten a new shipment of Gatchapons a few days before Setsucon, so they were still in their original bags.  We didn't have time to properly display them, so on Sunday, we just taped up the POP for the machine to the peg board saying it was "Now In Stock" 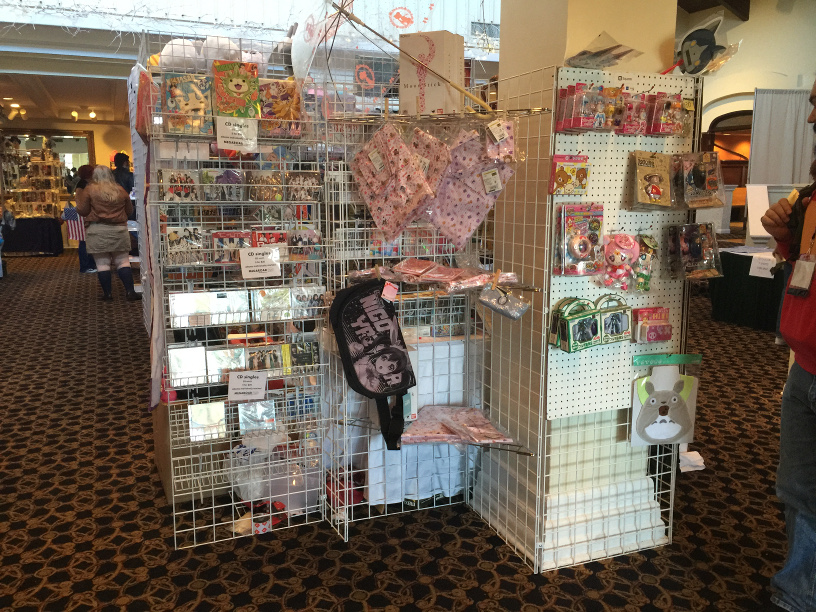 The back side of the booth.  This is CDs and all things pink.  There is a few odds and ends here, but for the most part this side is very, very pink. 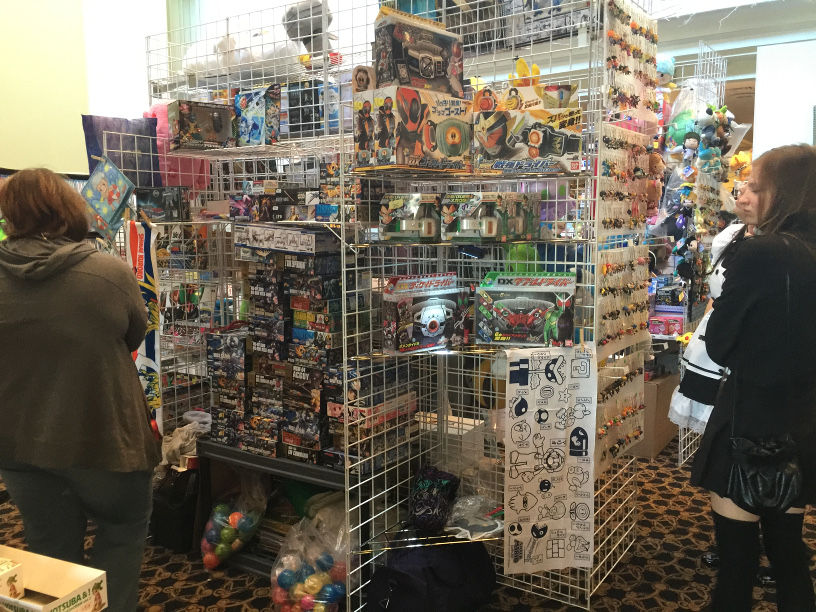 Come Sunday, the soft and squishy things had thinned out significantly, and the Toku merch wasn't moving very well for once.  So, we flipped things around and used the lighting to accentuate the DX drivers.  The Decadriver looks cool being lit.  After this show we went out and bought some new lights to light aspects of the booth.
Previous Post
Next Post
Quick View